Men can be victims of domestic abuse. It is under-reported because there is still a stigma àttached. Men don’t want to admit that their partners, male or female, have physically, verbally or emotionally abused them. They might think it makes them look weak. According to the National Coalition Against Domestic Violence, one out of fourteen men have been assaulted by their spouse, domestic partner or boyfriend/girlfriend.

The CDC National Survey in 2010 results say that the percentage of male victims of severe domestic violence is 40 %.

MenWeb (www.batteredmen.com) is a website with many resources and articles about domestic violence against men.

Anyone that needs help can call the Domestic Abuse Helpline for Men and Women (1-888-7HELPLINE).

One of the signs of an abusive relationship is isolation. The abuser will isolate the victims from anyone who might help the victim. If the abuser feel threatened by the victim’s family, they will not hesitate to keep the family away. They will use any excuse and even lie about why the victim shouldn’t be with their family or friends. I have an acquaintance going through this right now. I hope he realizes what is happening. I don’t think he sees it yet. His mind has been warped by this abuser. His family would like to have a relationship with him. They haven’t given up although it has been a difficult time.

I have included links to several sites. If you know anyone in a domestic violence situation, please don’t hesitate to try to help. Thanks! 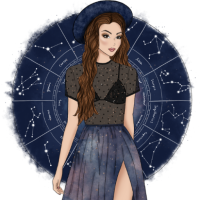 There are no stranger sights than these...

Another Book, Another Destiny...