So there is a story behind this picture. The guy playing the guitar is Ricky Rouse, who is a guitarist with Parliament. The girl in the middle was so excited that he was playing the guitar for them. It’s my boyfriend’s guitar. You can’t see him but he was pretty happy to have Ricky Rouse play his guitar. George Clinton and Parliament had a show later that evening. I’m pretty sure I lost some of my hearing from that show. Totally worth it. 🙂
I lost the girl’s email so I couldn’t show her the picture.

Link to information about Ricky Rouse:

For 2014, I want world peace, inner peace and a thinner figure like everyone else. But what I really want is to not bust out of my bra again for at least a year. In 2013, I had five bras break. FIVE bras. It’s almost unheard of to have that many bras break in such a short period of time.
Since I would like to be stabbed less in the armpit, I want a really, really good bra. I want one that fits. I want a bra that lasts more than six months. One that won’t stab me in the armpit, while I’m at work. It’s a little inconvenient to have to take a break to rip the underwire out of both sides.I wish I could’ve saved them for some MacGyver-like situation, in which I save the world. However, I’m not sure what I could use the underwire for in reality.
I tried two from the new value line at Wal-Mart. They didn’t even last four months. So I’ve had enough of that line. Less expensive is not always the best value.
Some department stores, like JCPenney’s and Lazarus, used to have people to help with bra-fittings. As much as I don’t want to do a bra-fitting, it might be time.

Here is a link to Nordstrom’s Bra Fit guide: http://shop.nordstrom.com/c/womens-bras-fit

Younger me with long hair.

Older, wiser me with short hair.

My favorite game is Village Life. You could even say I’m addicted to it. Right now I’m on level 104, which isn’t too shabby.
I started playing when I had a ton of free time. Part of the reason that I like it is that the villagers have babies. I love naming the babies. I call myself the Grand Poobah.
The villagers have socialize more than I do. They even do yoga and dance. Of course, they have to build all of the stuff. Nevertheless, they are out having a life, while I am just observing. The picture is of one of my villagers and her daughter. It appears as though I’m stalking my own villagers. It might be time to retire from being the Grand Poobah.
So in 2014, I would like to play less. It’s going to be a hard habit to kick. But so is diabetes, which will be in my near future if I don’t get off of the computer.

Merry-Go Round Museum in Sandusky, Ohio

This week, we have been watching bad movies. When I say bad, I mean horribly bad.
The first choice was Robocop 2. I was thankful that I had to go somewhere so I didn’t have to watch Robocop 3.
One day I was napping and when I woke up Hellraiser 2 was on. I tried to watch it but I could not. However, I did get some laundry done. I think I felt dirty and needed to clean something. I tried to guess the ending but apparently I was way off. My ending would have been better.
The last bad movie was “The Godfather: Part III.” Compared to the other two movies, it’s a masterpiece. It’s not even close to being as good as the other Godfather movies. It’s not all Sofia Coppola’s fault though. The movie could have been just as effective if it were about an hour shorter. Why did Sofia Coppola’s character fall in love with her cousin? Andy Garcia is dreamy, but yuck.
Anyway, Sofia Coppola might not be a great actress but I love the movies that she has directed, like “Lost in Translation,” “Marie Antoinette,” and “The Virgin Suicides.” She has a new movie “The Bling Ring” that I haven’t seen yet.
I’m not sure if we’ll keep watching bad movies. However, it does make me appreciate good movies even more.

Lucas took a picture of me with my three favorite Christmas presents. I received the Bluffton University Alumni sweatshirt from my mom. I used to have one that said Bluffton College, but it’s lost and outdated.
Lucas found the soundtrack to “Mary Poppins.” I didn’t know he knew that I love “Mary Poppins.” Apparently, I have subjected him to various soundtracks from musicals on Pandora. And then I tell him what songs are from which musicals. Who knew his was really listening?
Lucas’ mom bought five of the “Game of Thrones” books for me. She didn’t really know what “Game of Thrones” was. I appreciate the fact that she asked around and found out. I’m sure that Lucas is thrilled that I have more books. Maybe next year I will ask Santa for another book shelf.
I look like I’m ready to take over the world. With these presents, I feel ready to conquer the new year. 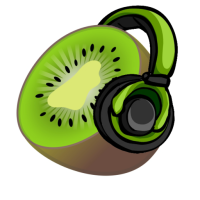 Blurring the lines between poetry and prose

Steps Into the Stream

View from the Back

The ramblings of a retiree who cycles and cooks in France

Figuring Out the Stuff Between the Beginning and the End

Simplicity in food and travel

I hope that someone sees this page and decides not to give up...

Amanja Reads Too Much

comics, nonfiction, everything in between

Designs for the money. Writes for the love of it.