Once in awhile, YouTube recommends a video that I like. Whitney McClain’s “Bomb’s Away” video was one of the videos that I really enjoyed watching this week.

So this is the interview that we did yesterday. Hopefully, she will release another video or two sometime in the near future. I’ve had this one on repeat for a few days.

What was the first song that you remember singing?

Oh gosh, I don’t know. It was probably a church song or a song from a tv show.

You had two Brain surgeries at a young age. What or who got you through the recovery?

I had a ton of support from my family and friends. My church. Everyone was praying for me. I had the best group of people around me to help me get through.

Do you still have a great support system?

Oh yes. My family is so supportive of everything. I’m so blessed to have them. They help keep me positive and motivated as well.

What would you like to be doing in five years?

What are you goals for the next year?

I’d like to improve In songwriting and learn how to engineer. And to get my EP out. Those are my goals.

Is there any venue or city that you would like to perform at?

I think it would be fun to perform at ACL – Austin City Limits. I go every year. It would be cool to perform on one of those stages.

Do you write your own songs?

I’ve helped write one of them. But I mostly sing, which is why I want to get better at songwriting.

What would people be surprised to know about you?

Do you ever get stage fright? If so, how to you get past it?

Yes, I get stage fright. First, I pray in my head “Lord help me.” Then I just tell myself, “Keep singing you’ll be fine.”

What would I find in your cd/mp3 player?

A lot of Amy Winehouse, a lot of Motown and funk. A lot of old school music.

Do you have any plans for touring?

I have none yet.

You’re originally from Oregon. Do you still live there?

I don’t but I visit as often as I can. I live in Austin, Texas right now.

You have one video out. When can we expect to see the next one? 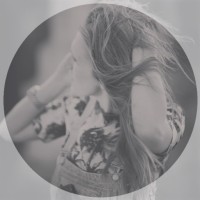