So if you wanted to have a vacation that would be considered the ultimate Jane Austen eXperience, where should you go? First of all, you’ll have to get a passport and head to England.

There are some places that Jane Austen herself was associated with personally. Other places are museums devoted to Austen. A few locations were where some of the movies based on her novels were filmed.

If I were going on a Jane Austen based vacation, I would visit:

Where would you go on your Jane Austen eXperience? If you need some ideas, visit the following links:

6 Ways to Experience the Jane Austen Lifestyle in England

Ready Set Go: Set a timer for 20 minutes and write about your ideal vacation.

Part of me loves to pack for vacation. Packing a moving truck is a different story. When it’s time to get the suitcases out of storage, it mean that it’s almost time for another adventure.

I’ll get to wear clothes that I don’t always wear. We’ll get to go places that are new to us.

Something unexpected usually happens. Last summer, we got knocked over by a lady trying to get out of the shuttle at the airport. Seriously. I’m not sure how she did it because Lucas and I are fairly sturdy people. Sturdy people with luggage on top of our regular sturdiness. I almost tripped her on purpose. It didn’t seem like a good way to gain karma points. I need all of the karma points, especially on vacation. So there will be no trippin’ crazy ladies at the airport.

Hopefully, that won’t happen again! I like coming back with new stories though.

While on vacation, I like to cross a few things off of the bucket list. Last year, I did everything that I planned, except for riding the mechanical bull.

It could still happen this summer. There’s still time for an adventure.

What is your most favorite smell/scent?

Do you prefer long hair or short hair for yourself?

Do you plan out things usually or do you do them more spontaneous (for example if you are visiting a big city you don’t know?) 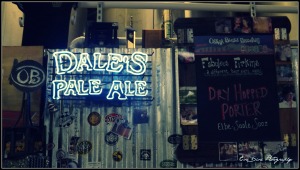 A mixture. On our last vacation, I had activities planned. I did a lot of planning. However, I didn’t really plan meals so that was always a surprise. I was also open to veering off of the beaten path, either after on in between events. I used TripAdvisor a lot.

What is your favorite outdoor activity?

Swimming. For me this mostly means, going to the beach with a book and laying in the sun. My kids swim until they just can’t swim anymore.

There was that one time I went white water rafting. It was so much fun. I hope we can do it again someday. 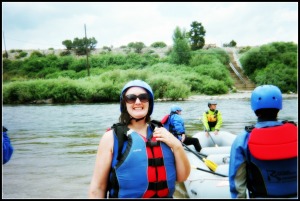 Here is another post about going to Rio and Paris:
https://chasingdestino.com/2014/05/05/dont-cry-for-me-argentina-im-going-to-rio-daily-post/

After two days on a stay-cation, Little Sister #2 broke her arm. She had just turned 3 about two weeks before. When she had to have the x-ray, I thought her sisters were going to break down the door because they wanted to save her from whatever was making her scream. It was beyond stressful.

She had to have surgery to pin it back together. So all plans for any road trips went out the window. We spent a lot of time worrying whether she would be able to move her fingers.

It took a day or two for her to be able to walk without falling over. The cast seemed to throw her balance off. It might have weighed almost as much as she did. The vacation was all doctor’s appointments – getting the cast on, getting the cast off, getting prescriptions, getting popsicles and so on. 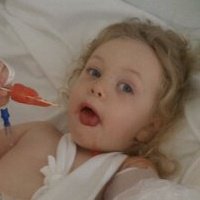 She has totally recovered. Luckily, she did not have to have physical therapy or any more surgeries. We can’t even tell which arm she broke. I can only tell if I look at her elbows.

So even though it was a terrible vacation, I’m grateful that she mended. There was one bonus: we could get rid of the crib and transition very easily into a big girl bed.

P.S. I’m not sure why I waited so long to get rid of the crib. I think I was in the process of looking for a toddler bed when this happened. Don’t judge me. 😉 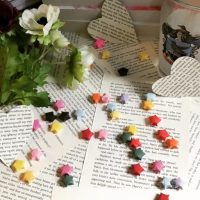 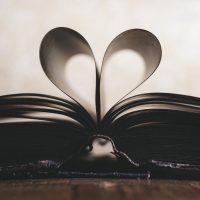 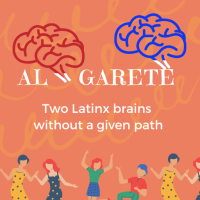