You’re at the beach with some friends and/or family, enjoying the sun, nibbling on some watermelon. All of a sudden, within seconds, the weather shifts and hail starts descending from the sky. Write a post about what happens next.

Something like this happened to us on Wednesday or maybe it was Thursday. We had been planning to go to the beach since the day before. It was at a beach none of us had been to before. The rumor was that the water was pretty clean. Since we live near Lake Erie, clean water without algae is a big deal. Little Sister #1 also hates dirty water. Or so she says. When we get to the beach, she is usually the second one in the water. Little Sister #2 is almost always first because she is so fast.

It started to rain sometime in the wee hours of the night. It continued to rain. And rain. We still packed up for the beach just in case it stopped. By 4 p.m., we were pretty sure the beach trip was not going to happen.

Little Sister #1 wanted to go back the next day. I think she was disappointed that we went to an actual beach instead. She was still the second one in the water at the beach. Don’t tell her she’s having fun. 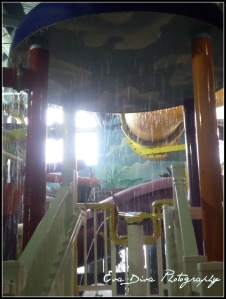