Picky eater? When I was a kid, I was the pickiest eater on the face of the planet. I would only eat peanut butter and jelly, macaroni and cheese,hot dogs and chicken nuggets.Occasionally, someone would trick me into eating a hamburger. Was it Ronald McDonald? I can’t say for sure.

That’s it for entrees.

I would eat most desserts. My grandma’s cookies were the best.

Eventually, I would eat more food. I liked taco salad but not with lettuce. However, I would eat regular salad including the lettuce. I still don’t like lettuce on anything. I also don’t like: onions, celery, peppers, mushrooms

Seafood is pretty good. It took me several years to be able to crack my own crab legs. I like lobster if it’s hiding in the food, like lobster bisque or something with a sauce. However, I’m not a big fan of fish.

I also don’t like hot dogs anymore. I don’t really eat a lot of lunch meat either. I keep buying it for other people but I don’t eat it. 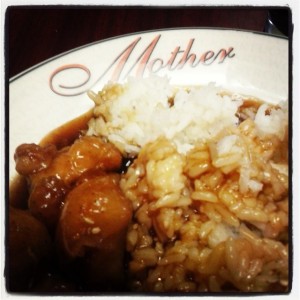 FYI: I have tried antelope. A friend’s grandma put it in her chili. I didn’t know until I ate the whole bowl. I hate to admit that it was good but it was. I’m sorry antelope!

Stories and thoughts about being a queer girl geek in the 21st Century.

lets talk about YA!

When a mage is sharing what's on his mind. Business, Motivation, Positive life, Success, Marketing and Good Ideas.

Discover your elysian through our reviews