Who: Scout Harris. The band was born in Brooklyn and grew up in Portland, Oregon.

What: Folk rock with a sprinkling of everything else

Why: Tessitore and Martinez are talented on their own. Together as Scout Harris, they are something special. 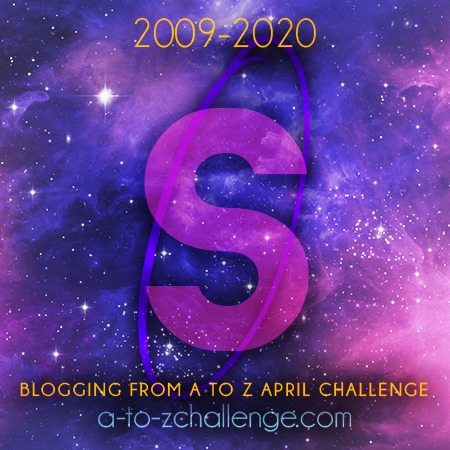 If you search for #QuarantineSessions on YouTube or Twitter, you will find so many artists of all genres sharing their music from their homes or vans. Some are famous and others not quite as well-known. I’ve included a few videos but there are so many to choose from.

My topic for the A to Z Challenge is Rock Goddesses but this post isn’t so strict about the rock part.

Who: Lyoness of England

What: Rock and Roll

Why: Lyoness will be the kings and queens of the rock and roll jungle someday. It’s only a matter of time. I enjoy their music immensely.

As always, show your love and support for the band by visiting their links.

Who: Ivy Crown of Copenhagen, Denmark

What: All Female Melodic Metalcore Band.

Besides that they have the potential to rule the metal scene, they were wearing masks in 2019 before everyone was doing it in 2020. Also, Ivy Crown looks much cooler than the rest of us. Maybe they should have the masks in the merch section. I would buy one and scare the coworkers a little bit. It would make my day. By the way, don’t forget to check out their links and support the band.

Who: Honeymoon Disease of Gothenburg, Sweden

They call their style ” groovy rock and roll.” I would agree. Honeymoon Disease could be considered a musical descendant of Janis Joplin or Heart in the early days. The band has a similar powerful energy.

Why: Because they rock and are also groovy. I think you can dig it.

Where: So the link to the Honeymoon Disease website is not about the band. It’s something that is probably unrelated. So check out some of the links below, all are related to the band.

Who: Fate DeStroyed of Los Angeles.

Why: Fate DeStroyed rocks as much as anyone. They do a pretty awesome cover of “In the Pines.” It would be a shame if you missed out on supporting a band with so much potential for heavy metal greatness.

Who: Crystal Viper of Poland.

What: They are a heavy metal band with a new album, Tales of Fire and Ice. If you are interested in learning how to play guitar or improve your guitar skills, Crystal Viper guitarist Eric Juris is available for online lessons. Contact him at his Facebook page: Eric Juris.

Why: Crystal Viper is doing their part to keep rock alive during these difficult times.

Who: Black Mirrors of Brussels.

What: Their style is alternative/blues rock. Their sound has more depth than can be put into words.

Why: You probably need some music that will melt your face off – not literally, of course.

The year 2001, in my hometown Philadelphia, was my initiation into a world I had no idea that I was not supposed to belong in. My race, gender and passage from the hood did not equate to the sum of Rock artists that were being played on radio and television. It did not add up to what history required Rock‘n’Roll to be on the airwaves, at award shows, on the cover of magazines, in the latest music videos, displayed on CD covers or selling out stadiums globally.

Being a Black Woman in Rock, playing a hardcore lead/rhythm guitar and writing aggressive songs about social issues was not going to skyrocket my career back then, but it did land me on a mission to break glass ceilings and heavy concrete walls at the same time.

How did I get to stages, such as CBGB’S, some desired to know? What led me to produce my 1st EP “Alley Of The Earth” with Kenny Terry and Rosa Lee Brooks (a recording artist who wrote and recorded with Jimi Hendrix) in Los Angles, 2002? The mere notion that I DID belong and this majestic power driven music (that I fell in love with by listening to my mother’s record collection) called me through the voices of my ancestors who created every emotion of “race music” (the Blues and Rhythm and Blues) shapeshifting into Rock-n-Roll.

Learning about Sister Rosetta Tharpe empowered my journey (who lived her last days a few blocks from where I grew up in North Philadelphia). If she is the root of Rock music then I am definitely that flower sprouting out of the concrete sidewalk helping to keep the culture alive; growing and kicking ass in every sub-genre.

The awakening of my Enchanting Rock Goddess Tour gives me the unapologetic energy to celebrate everything I was told that I can not be in the rock music arena when I already am. I have to thank my Roxsploitation Band Ronin Ali and Chris Nelson for being the wings to help navigate me through this rock-n-roll Dream, that is indeed reality.

I had to pinch myself when legendary Rock venues such as The Whisky A Go-Go in Los Angeles (that I am performing at June 30th), The Bitter End in New York City (where I’ll be performing July 22nd) & the Troubadour in London (where I will rock November 27th) responded quickly to book me.  After 17 years of doing this the independent route, my urban legend is starting to take flight as wide as my gratitude. I am here, loud and clear in the name of Rock-n-Roll. Hell yeah!

For my tour schedule, my music and updates go to reverbnation.com/GhettoSongBird