Why did I stay? I ask myself all of the time, even after being gone for six years. My situation was not the worst that you will hear about. It definitely was not the best relationship. I’ve talked about it before on the blog. My abuser wasn’t physically abusive to me, except that one time or maybe two times. See, how I made it seem like it wasn’t a big deal? That’s what happens when you’re in an abusive relationship. The abuse isn’t a big deal. Well, that’s what you tell yourself and other people. However, it is a big deal.

It is THE deal. The abuse is why you do things that seem strange to other people. It is why you lie about bruises. It’s why you make it seem that the yelling that your neighbors hear is fine. Of course, the victim thinks it’s their fault. Abusers love that because it makes their job of abusing so much easier.

My abuser was more of a verbal, emotional, financial abuser. There were accusations of child abuse against him that no one could prove. Inconclusive was the word that children’s services used. Inconclusive. That word kept me awake for years. If he abused my kids physically, he did it when I was asleep. So for a long time, I felt guilty for sleeping. He was verbally and emotionally abusive to my kids. So it’s not much of a stretch to think he could be physically abusive also.

Today, I was thinking about the time I should have gotten his baseball bat and busted his kneecap. I was trying to get my then two year old daughter dressed. He came in and insisted on doing it. I tried to push him away from her and he pushed me away. Yeah, I would’ve gone to jail for busting his knees. Would it have been worth it to get him away from my kids? I regret it everyday that I didn’t get the bat.

However, there are other ways of leaving an abusive relationship. I didn’t know it then.

I was bringing a new child into the world. I had let my older kid’s live with their dad until the abuser was gone. I didn’t see them for at least six months because he was around. I missed them but I didn’t know how to leave my abuser.

When I think about what a terrible person he was, I ask myself “Why did I stay so long?”

Finally, one day I was just done. I decided that a life with him was not the way to live. Life is not supposed to be that terrible. I sacrificed everything to be with him. He wasn’t worth any of it.  I haven’t regretted leaving once. It was the best thing I could do.

So my advice to anyone in an abusive relationship is to leave. Find a way because there is a way. Do not make the abusers job easy anymore. 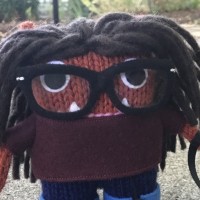 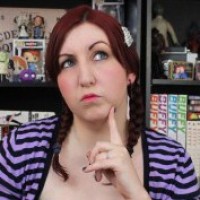 where words, characters and magic come to life

Thoughts on my life... by Donald B. Wilson

Understanding ourselves and the world we live in.